Blockchain startup changes the way we recycle with ERW

Recycling programs across the globe, but especially in the US have been thrown into turmoil since January of 2018 when China enacted its “National Sword” policy banning the import of recycling waste from foreign nations. For years China had been processing the world’s recycling waste, with shipping containers hauling thousands of tons of waste around the globe. The environmental impact on China became impossible for the government to ignore due to the large amounts that could not be processed and were filling landfills faster than they could dig them. The primary culprit in this eco-disaster is us, the consumers. For decades we’ve been “wish-cycling” – i.e. throwing non-recyclable items into our big blue bins under the delusion that we’re being good earth-loving citizens. The reality is that most municipalities can only process a fraction of the materials we “wish” to recycle, which results in the majority ending up in landfills. In addition to wish-cycling, we also tend to be a little lazy. Do you really need to wash your takeaway dish out until it’s squeaky clean? Probably not, but leaving it covered in food residue makes it unusable, so off to the landfill it goes. As such, US municipalities have started cutting back on curbside recycling programs and in some cases have eliminated them altogether. More the pity, as the materials they’re burying take thousands of years to decompose, but perhaps more importantly, have real value now. Not just financial, but ecological too, in drastically reducing the amount of CO2 emissions required in manufacturing compared to new materials. As ZeLoop CEO Eric Schaffner says, it’s like throwing away gold.

It was this fundamental premise that led Eric to the creation of ZeLoop. A blockchain-based rewards platform that pays users with their native cryptocurrency (ERW) for engaging in recycling activities. As a former employee of Tetra Laval, Eric brings years of experience along with a deep understanding of the industries’ needs and challenges to the table. While eliminating single-use plastics is a great objective to work towards, we are nowhere near developing a viable alternative that wouldn’t result in even higher CO2 emissions from manufacturing and shipping. As such we need to tackle the immediate issues in a way that brings corporations and consumers together with a unified objective.

Launched last year with a market test in UAE, the ZeLoop mobile app allows users to register a public recycling bin/collection point (or a private curbside bin for US users), take a photo of their recyclables (currently focused on plastic bottles), and be rewarded with ERW for each deposit, collection point registered and friend they invite to the platform. Gamification elements let corporate sponsors incentivize collections through Eco Missions, with prizes awarded to the most active collectors. This combination of rewards and direct consumer engagement has already gotten the attention of major global manufacturers and Petcore Europe members, with early adopters such as Nestle Waters, Bee’ah and Dettol launching Eco Missions within the last few months.

In addition to its direct-to-consumer engagement through the ZeLoop app, the ZeLoop rewards engine can be leveraged in custom applications ranging from corporate sustainability projects to reverse vending machines and smart bins. One such example is the recent announcement by International Recycling Group (IRG) of its partnership with ZeLoop to build a recycling collection program that promises to keep 100% of plastics collected out of landfills. As Eric says, “plastic is just the start. The technology and business framework developed by the ZeLoop team could be applied to any form of recyclable material”. As ZeLoop expands its US operations it plans to engage municipalities, corporations, and recycling groups alike to create innovative solutions that address current and future challenges.

Funded by an initial round of private equity, the ZeLoop team is now seeking VC to fund a full US launch and adoption program. By engaging, educating, and rewarding consumers ZeLoop aims to stop plastics from entering landfills, which, if you’ve been following the data accounts for 80% of the plastics that make their way into our rivers, the seas, and onto our beaches. The future of the planet is in your hands, and it starts with ZeLoop. 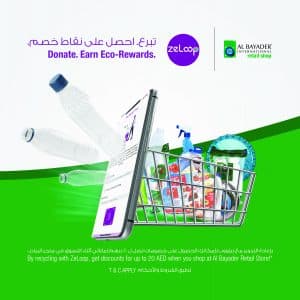 Al Bayader our partner in marketplace app and enjoy discounts

Dear ZeLoopians, This Summer, we have acquired two exciting new partners and filmed some captivating Tik Toks for the ZeLoop community to enjoy. Firstly, we 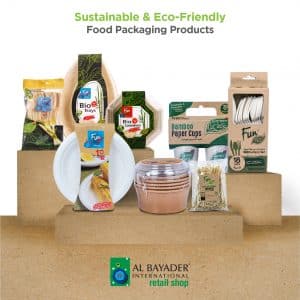